To share your memory on the wall of Anthony DeMarco, sign in using one of the following options:

Anthony graduated from Meadville... Read More
Dr. Anthony D. DeMarco, age 68, of Erie, passed away Friday, February 12, 2021, at UPMC Hamot. He was born in Meadville, PA on January 21, 1953, a son of the late Anthony and Margaret Ferguson DeMarco.

Anthony graduated from Meadville Area Senior High School in 1970 and attended Pennsylvania State University for his undergraduate degree. He earned his Master’s Degree from Edinboro University and completed his Doctorate Degree in Psychology at Fielding Graduate University in 2001. Anthony was an active member of the First United Methodist Church of Erie, where he was a Sunday school teacher. He enjoyed travel, technology, sports, and political entertainment.

In addition to his parents, he was preceded in death by his wife, Lorraine C. Zorn DeMarco.

Survivors include his two sons, Anthony M. DeMarco and his wife Tatsiana; and Christopher D. DeMarco and his wife Devin, both of Cleveland, OH; his four brothers, Walter DeMarco, Dennis DeMarco (Mary), Keith DeMarco (Jennifer), and Timothy DeMarco; his two sisters, Ethel Drda (Mike), and Carol Fong (Jimmy); and many nieces and nephews.

In lieu of flowers, memorial contributions can be made to the First United Methodist Church of Erie’s Music Fund.
Read Less

To send flowers to the family or plant a tree in memory of Anthony D. DeMarco PhD, please visit our Heartfelt Sympathies Store.

We encourage you to share your most beloved memories of Anthony here, so that the family and other loved ones can always see it. You can upload cherished photographs, or share your favorite stories, and can even comment on those shared by others.

Posted Feb 18, 2021 at 11:32am
Our deepest sympathy and prayers are sent to the family for the loss of my colleque and respected therapist Dr Demarco.. His services in our community will truly be missed. May he rest in peace. Dr. & Mrs. Baron Denniston
Comment Share
Share via:
LF

Posted Feb 16, 2021 at 06:53pm
I’m so very sorry. Tony was a wonderful man. I am praying for all of your family. May God bless you and give you peace.
Comment Share
Share via:

Posted Feb 14, 2021 at 01:11pm
Our thoughts and prayers are with the friends and family of Dr. DeMarco. Dr. DeMarco was a great example of a life well lived. He was such a great help to me and will definitely be missed. RIP to an amazing doctor.. where his patients always came first.
Comment Share
Share via:
TK

Posted Feb 14, 2021 at 09:47am
So sorry to hear of your father's passing. I worked for him for over 5 years and besides being an employee, we were friends, He was always so nice to me and even though I was not an office manager before, he took me on. I learned a lot from him . I will miss him and will remember him fondly. He was a very nice man and friend. Again, my deepest sympathy,
Tina Kluczynski
Comment Share
Share via: 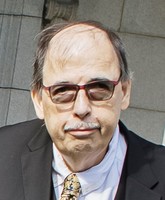