To share your memory on the wall of Edward Amore, sign in using one of the following options:

Ed graduated from Allegany High School in 1967 and went on to serve in the United States Navy on the U.S.S. Independence. While in the Navy, Ed married his wife JoAnn and would later move to Erie after his service. Ed worked for 25 years at GeoSource, Inc., retiring in 2008. He was a member of Our Lady of Mount Carmel Church and the CYS Club. Ed was a volunteer and past president of the Belle Valley Fire Department. He was an avid fisherman and coached soccer.

In addition to his parents, he was preceded in death by his sister, Kay Conner, and his granddaughter, Josephine Mineo, in infancy.

To send flowers to the family or plant a tree in memory of Edward L. Amore, please visit our Heartfelt Sympathies Store.

We encourage you to share your most beloved memories of Edward here, so that the family and other loved ones can always see it. You can upload cherished photographs, or share your favorite stories, and can even comment on those shared by others. 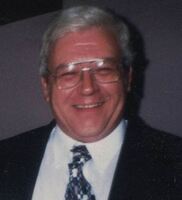